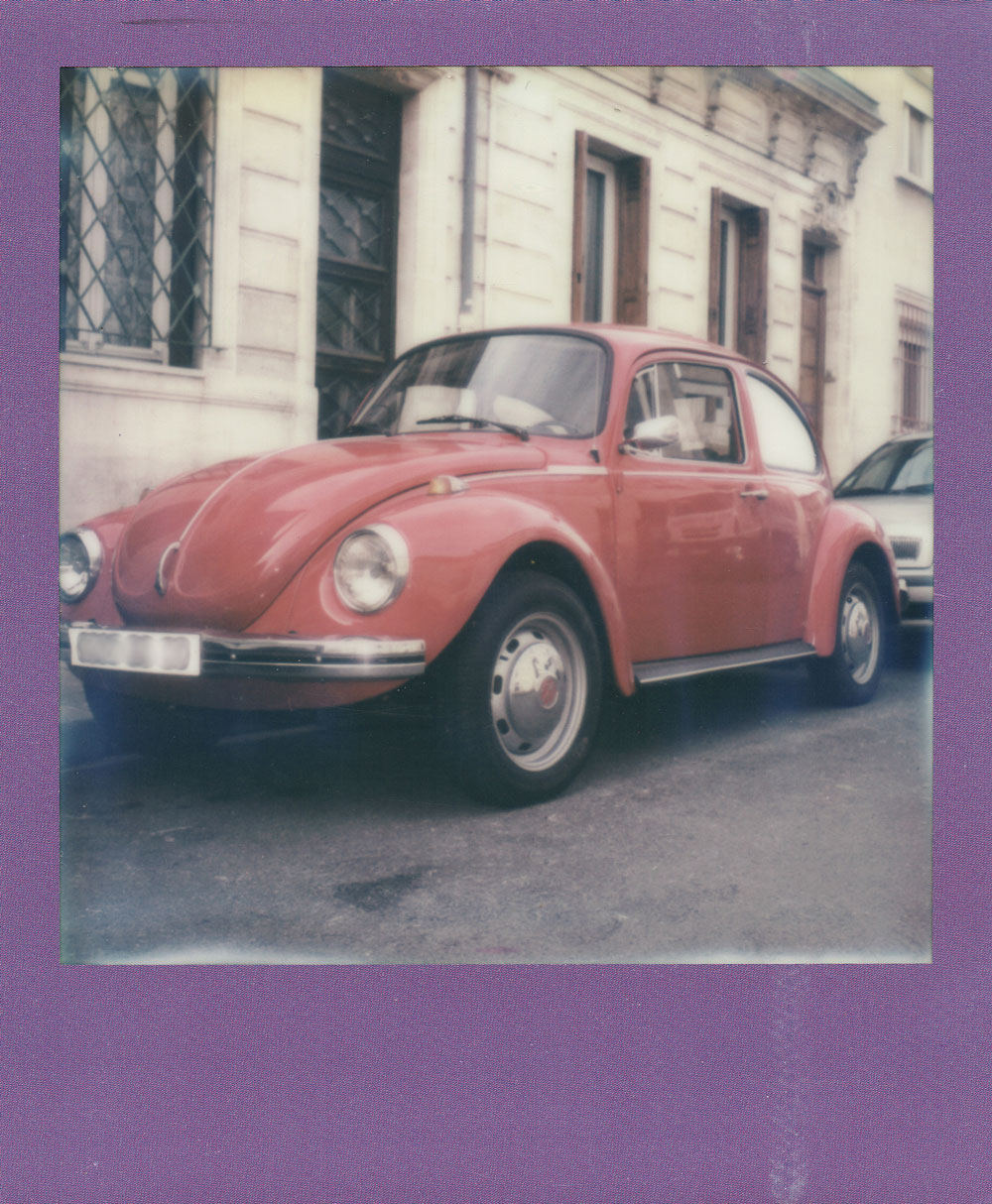 1. A sweet hard pink raspberry type Volkswagen Beetle in the streets of Bordeaux! I love these cars. Who doesn’t, anyway? They are lovely. I would rather have one instead of the cars of today. 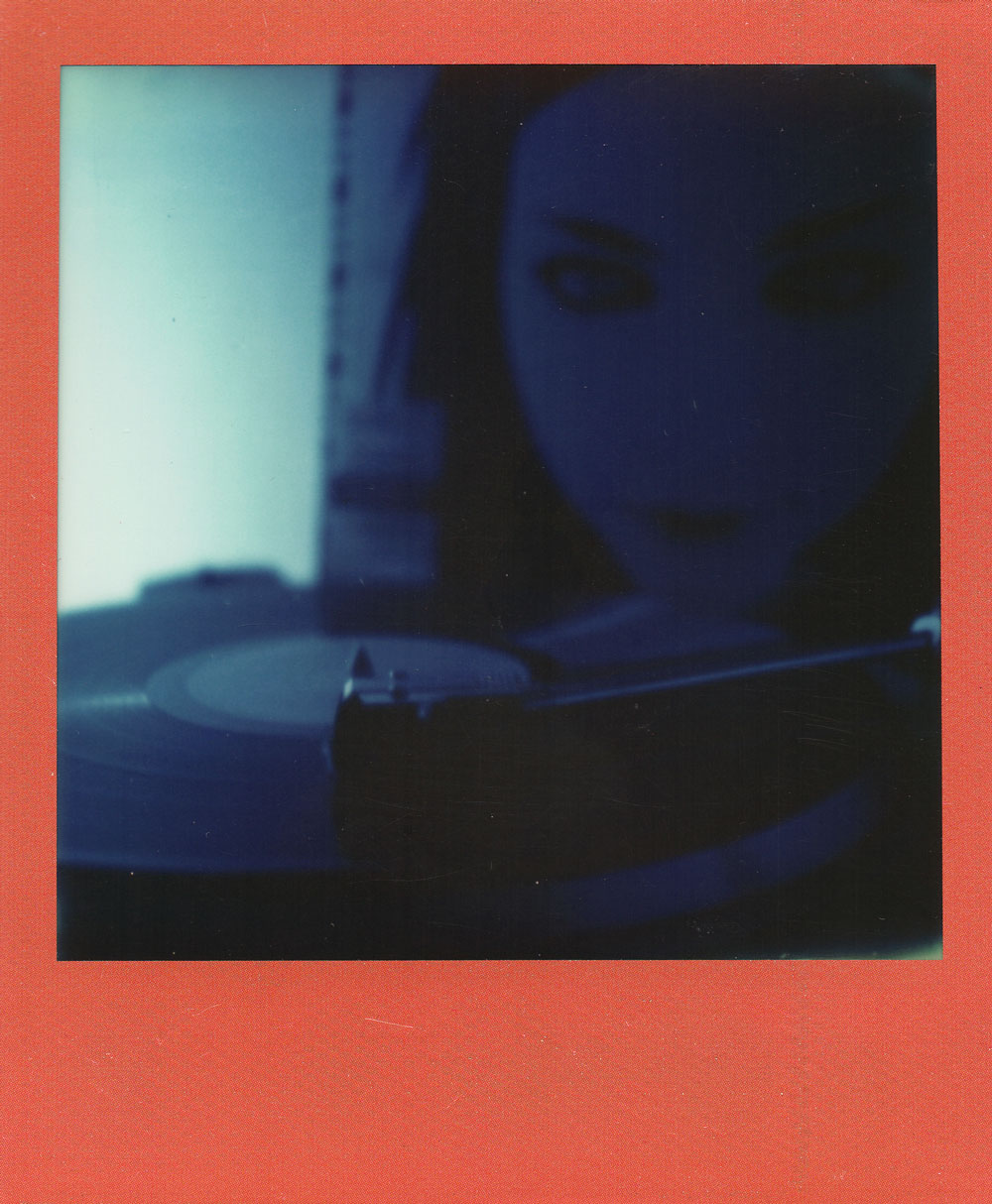 2. Spinning a record, Fallen from Evanescence. My blue neon was on next to the turntable. I thought it would be great to try a shot on a tripod with no flash on the Polaroid SLR 680, and it’s a win! I It goes very well with the artwork. 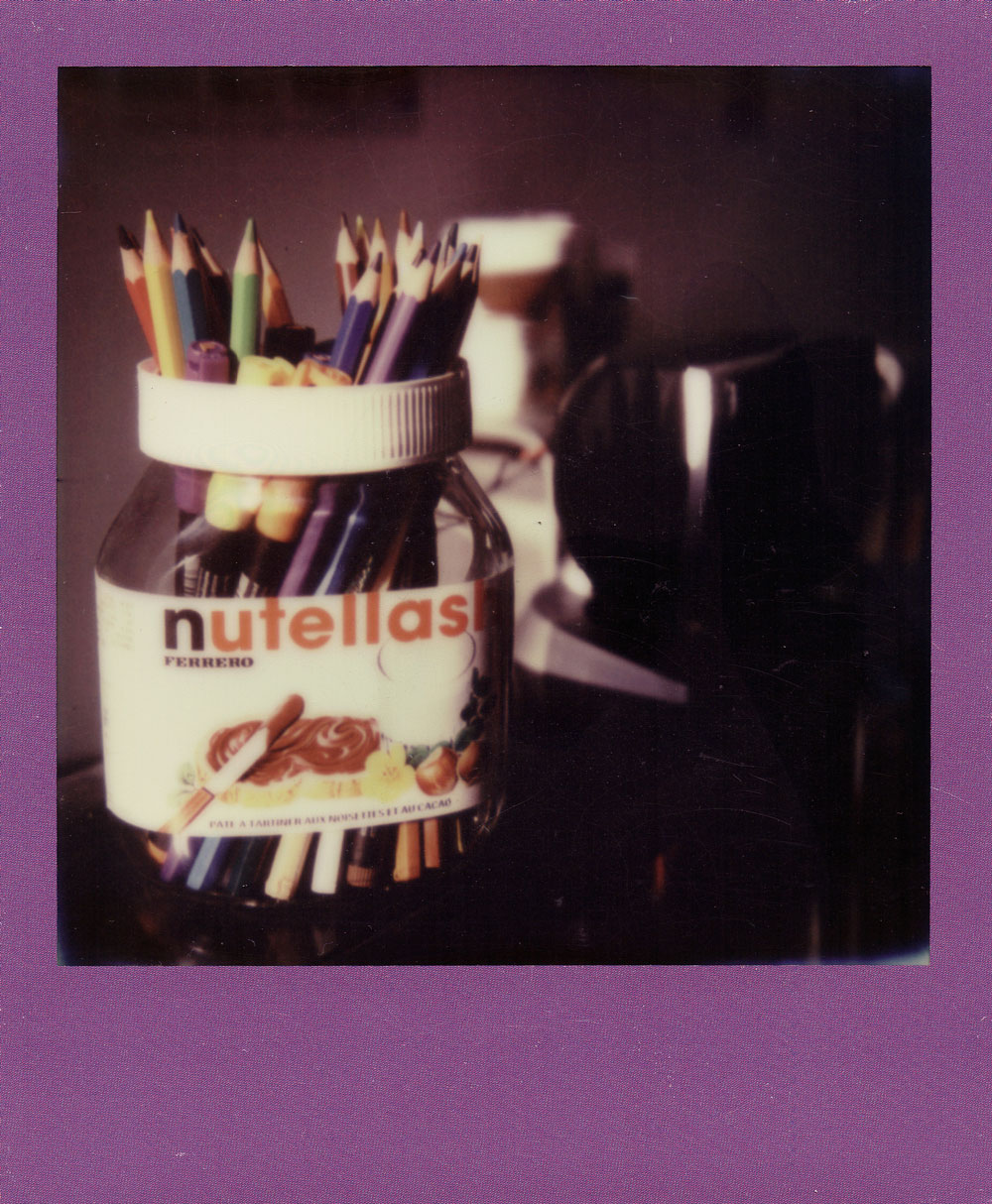 3. I’m always exprimenting the colour palette of Impossible Color film. At that time, October 2013, their film was extra colourful, the colours were vivid, saturated, all the time. The “white” has always been creamy, which I like. I prefer warm temperated shots on cold temperated ones. To me, it has the best Impossible Color batch (produced between 10/2013 and 11/2013) to date. Even if the newest one is very yummy as well! 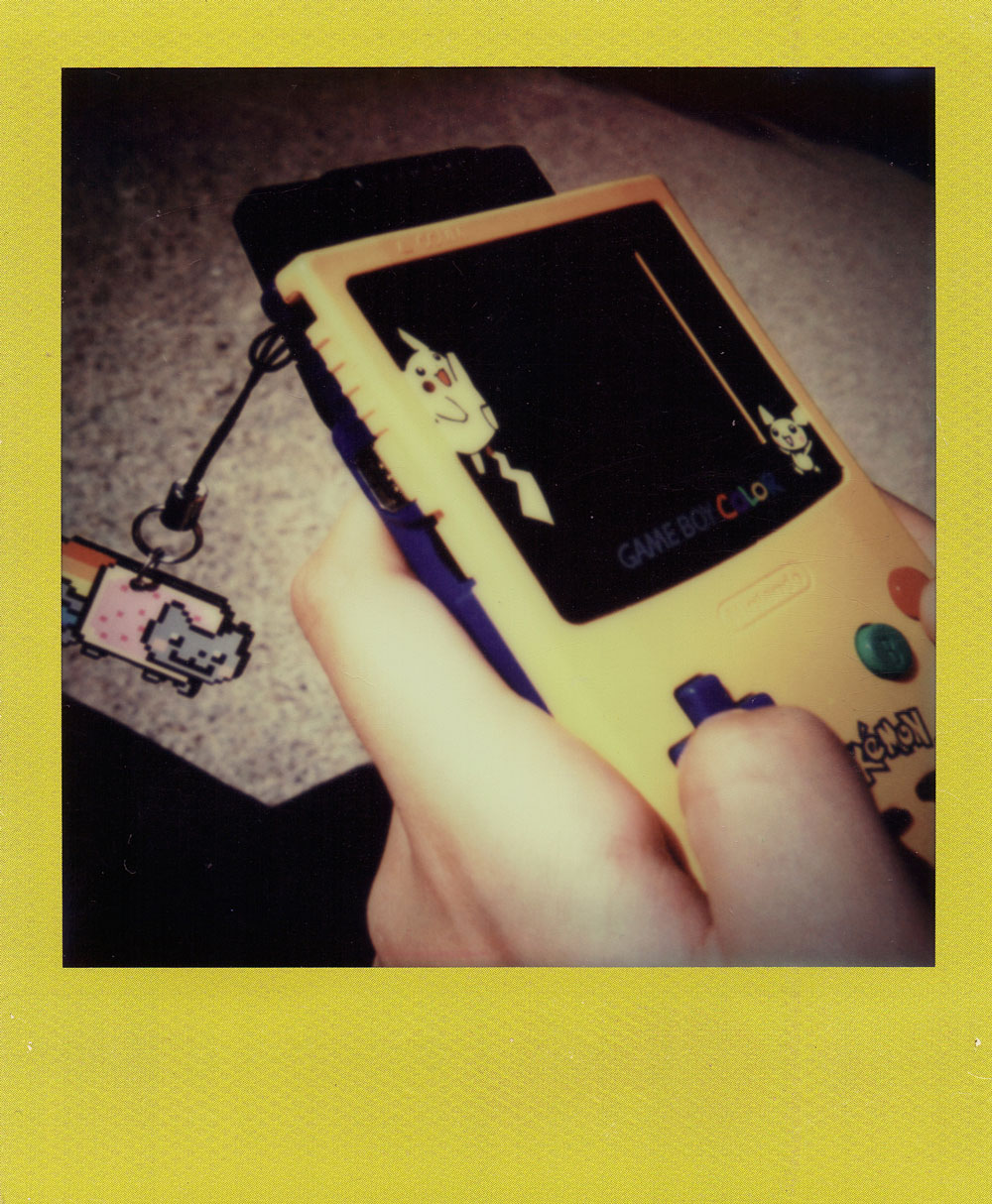 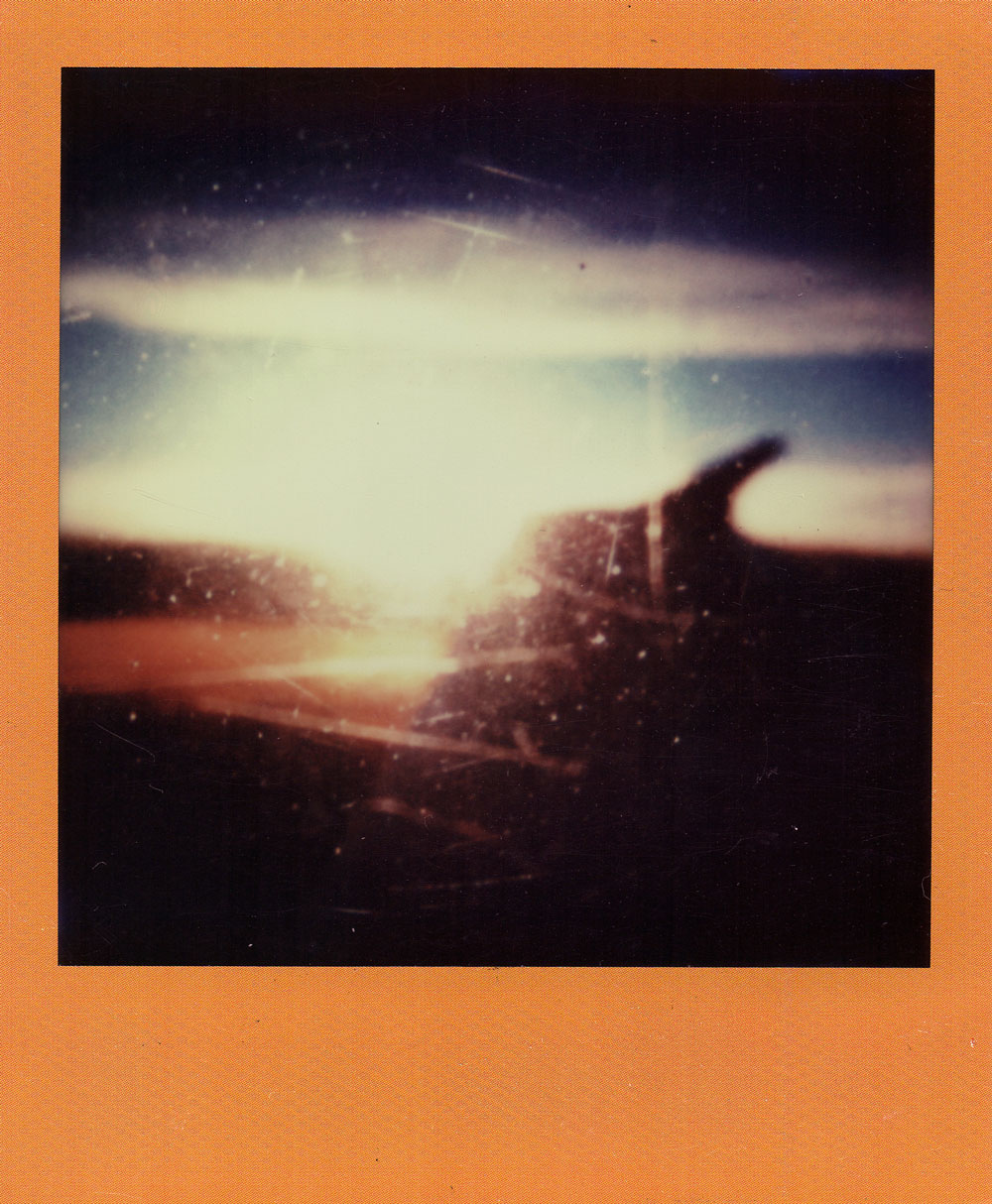 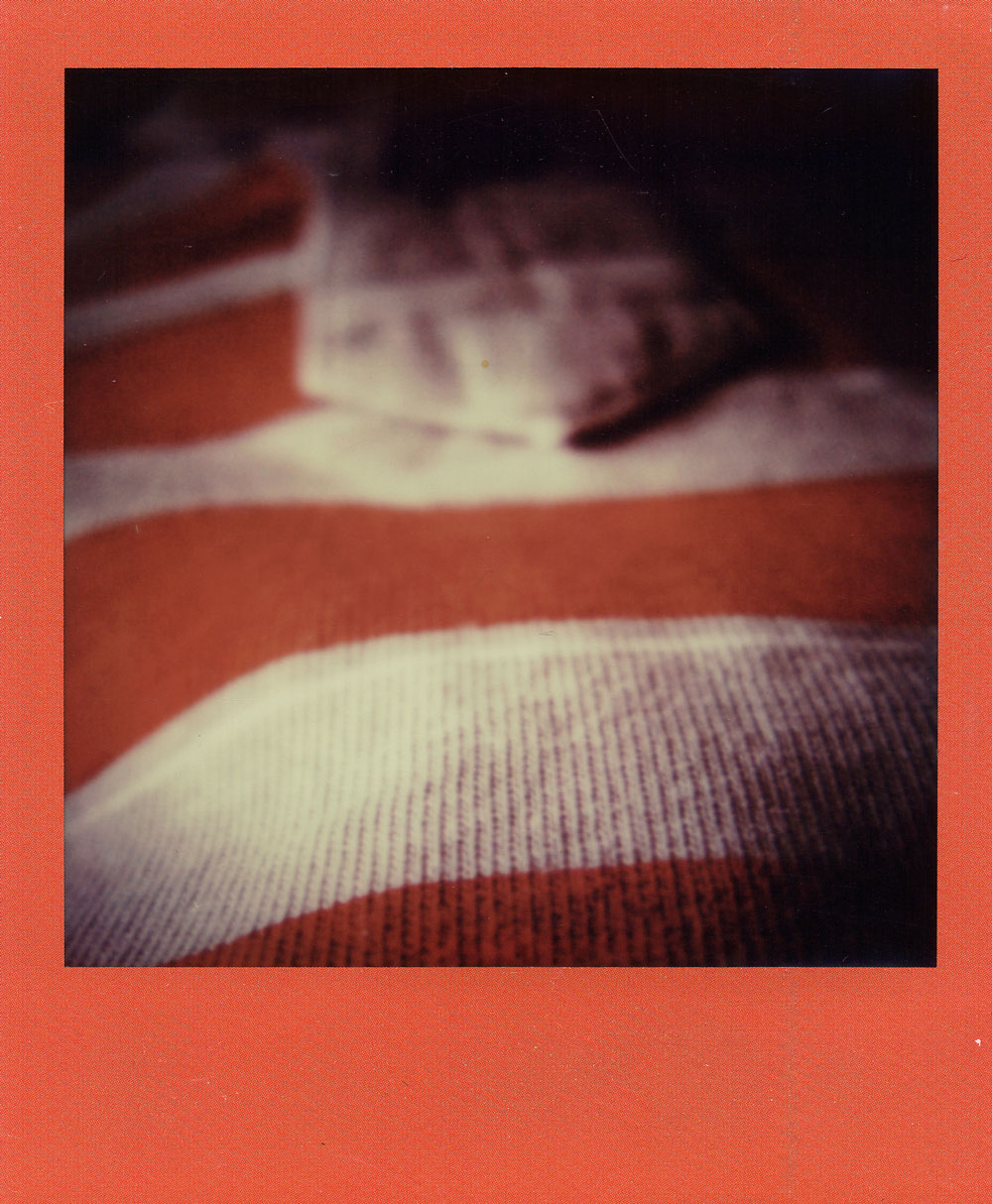 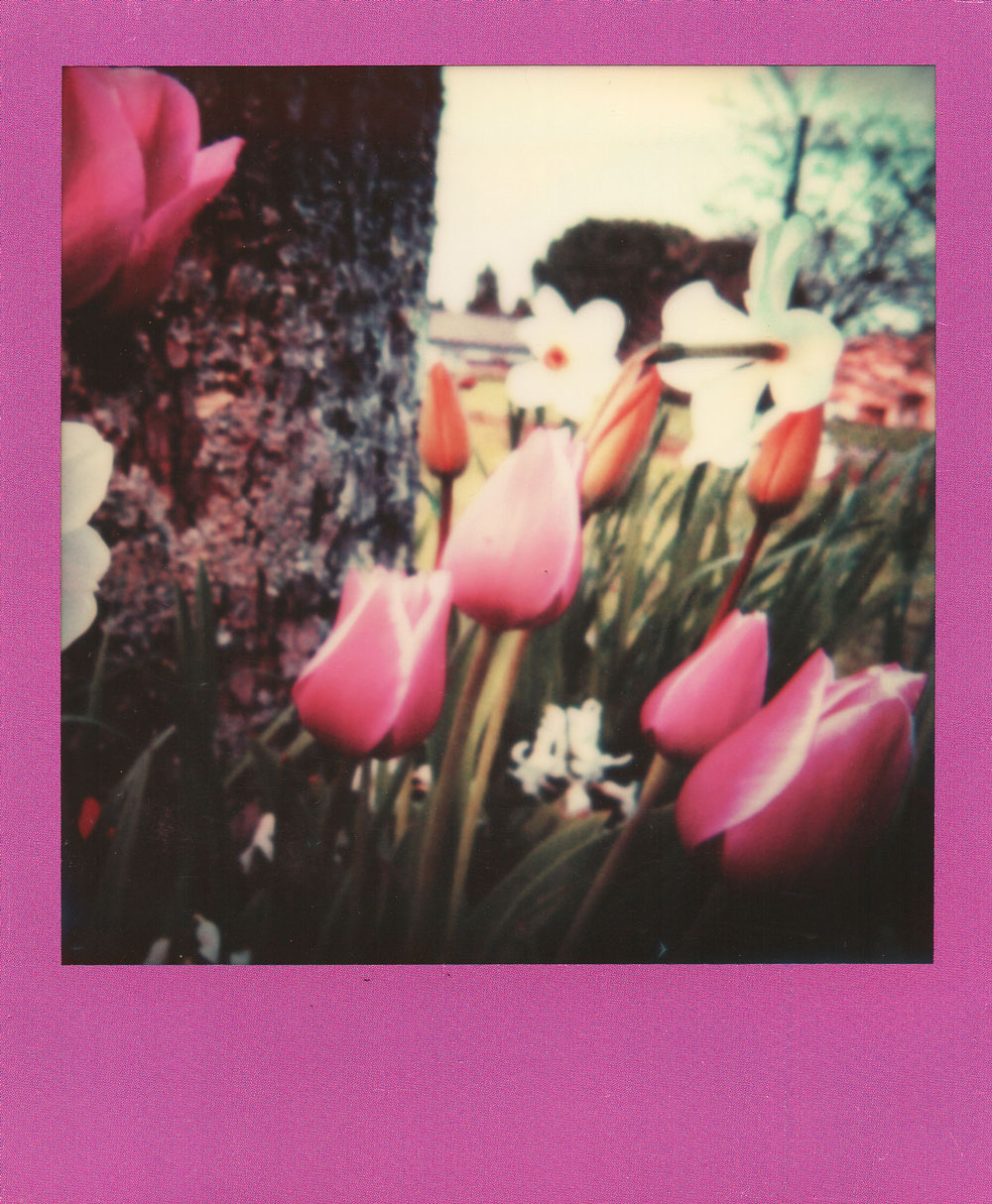 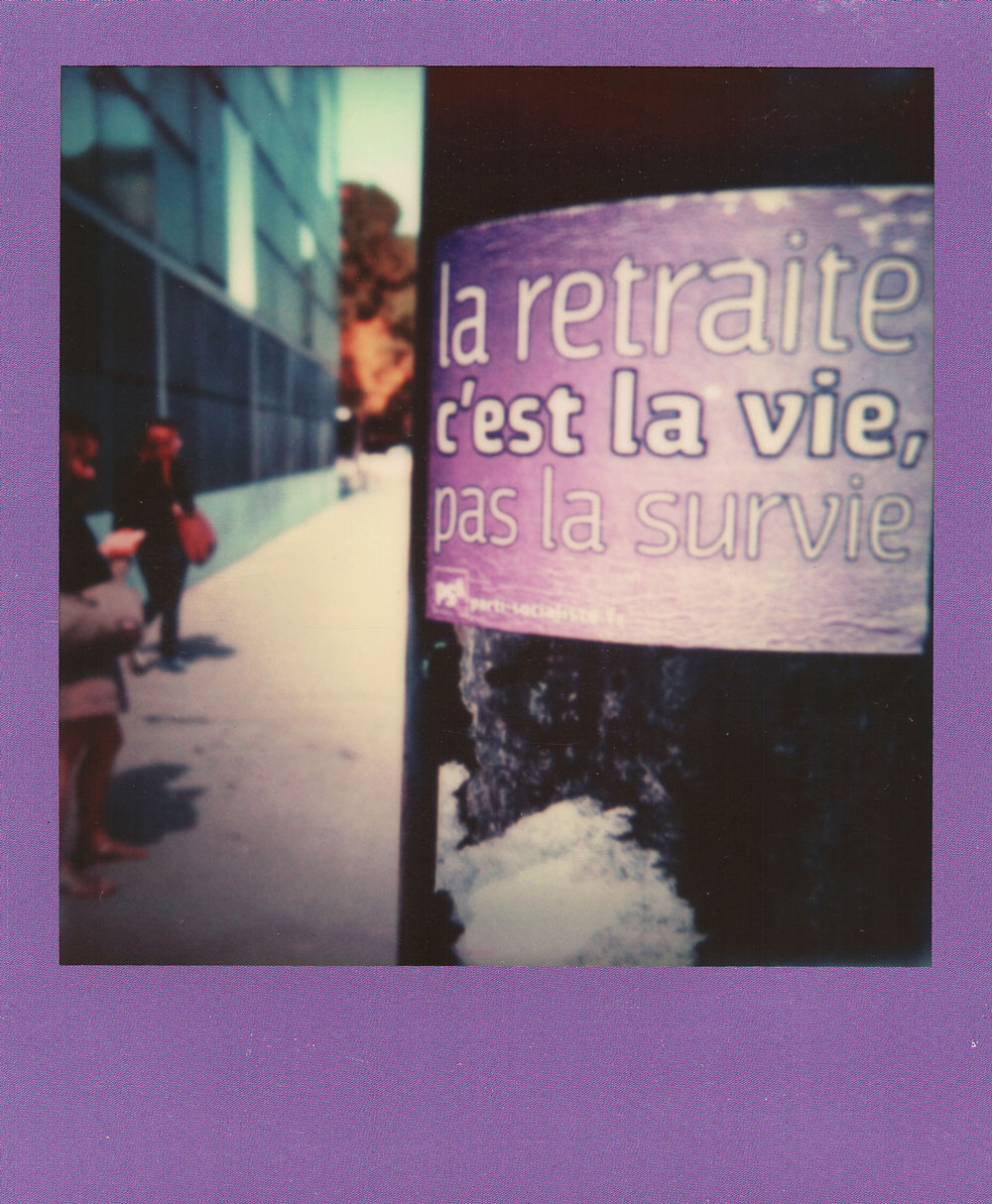 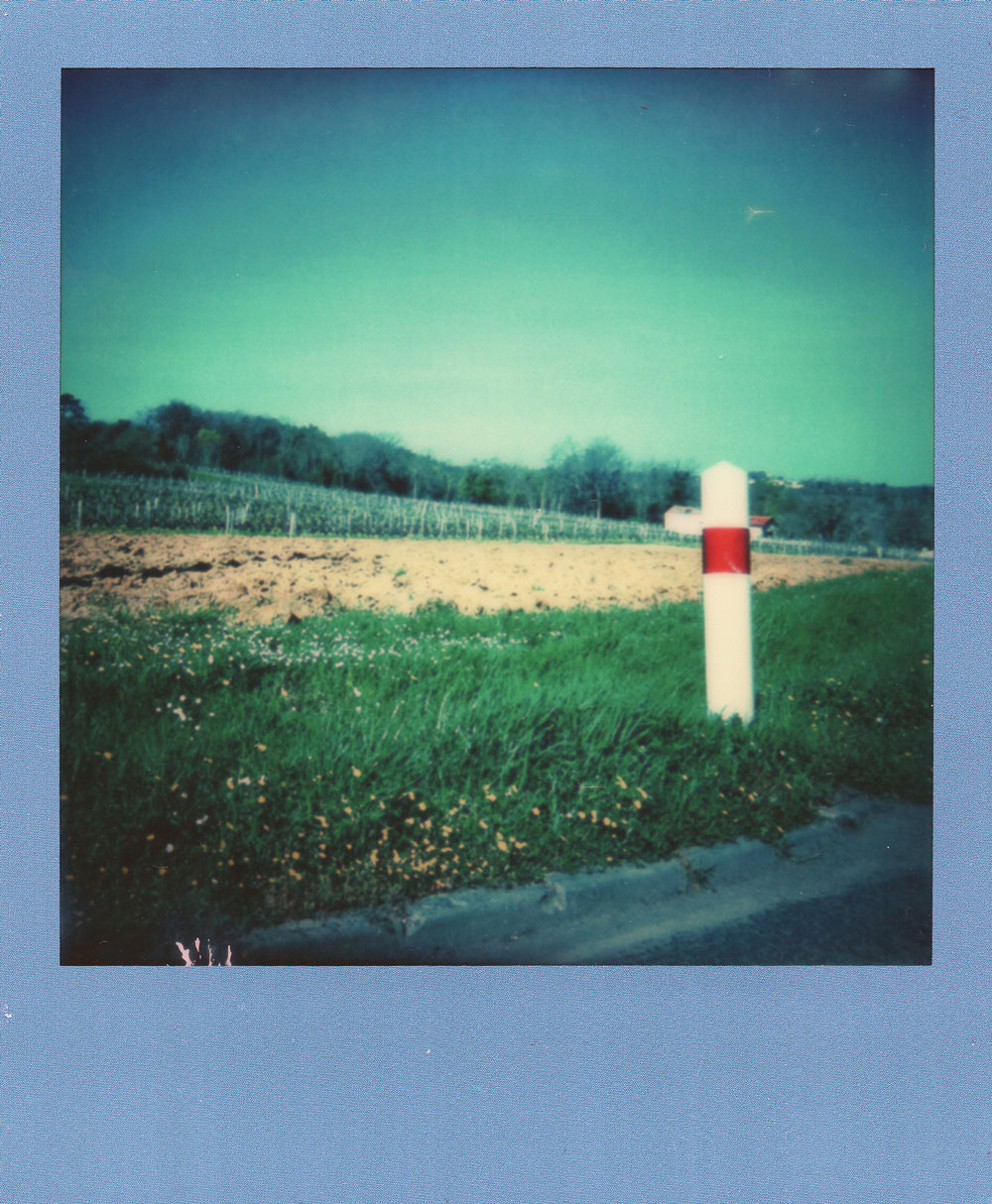 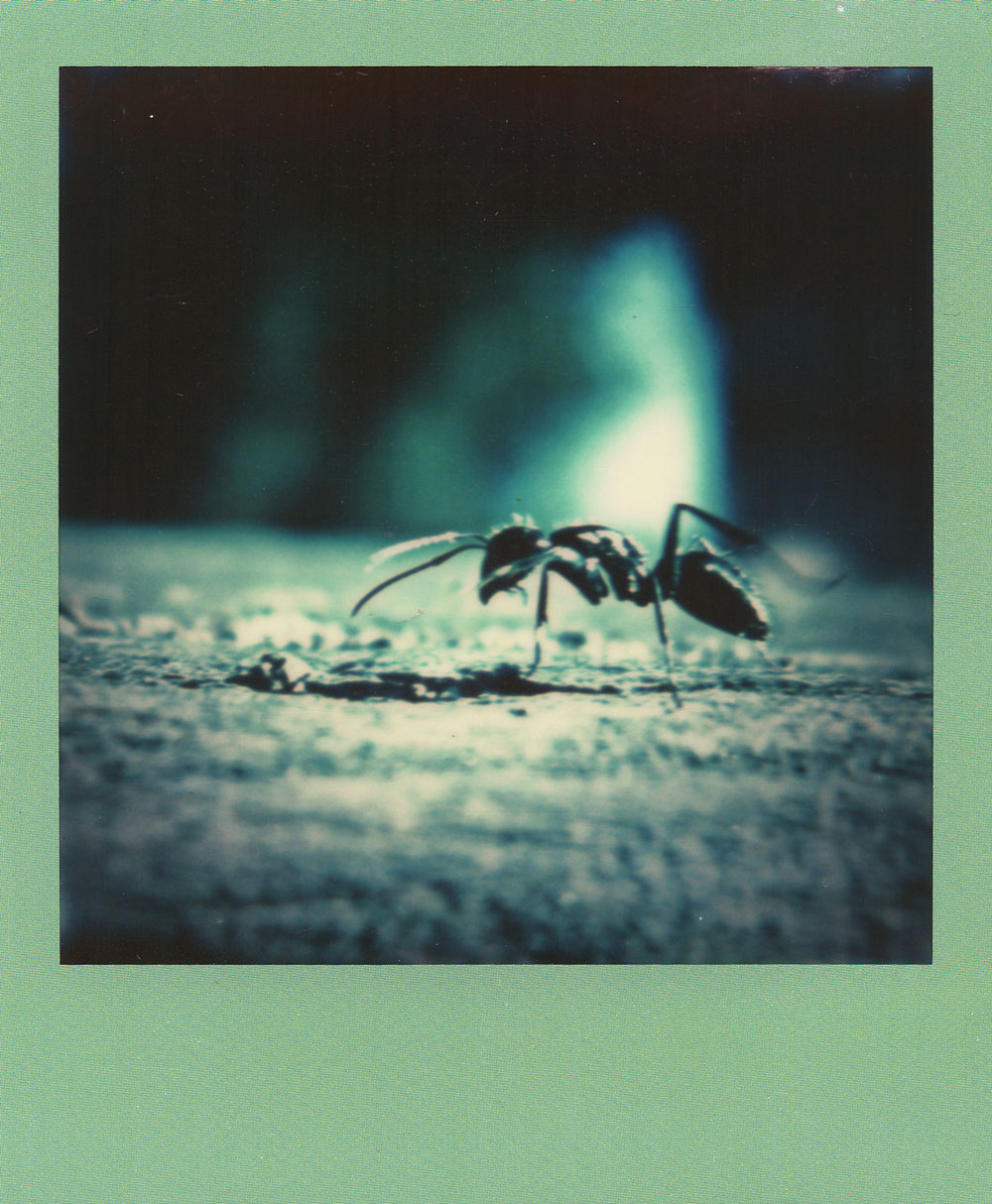 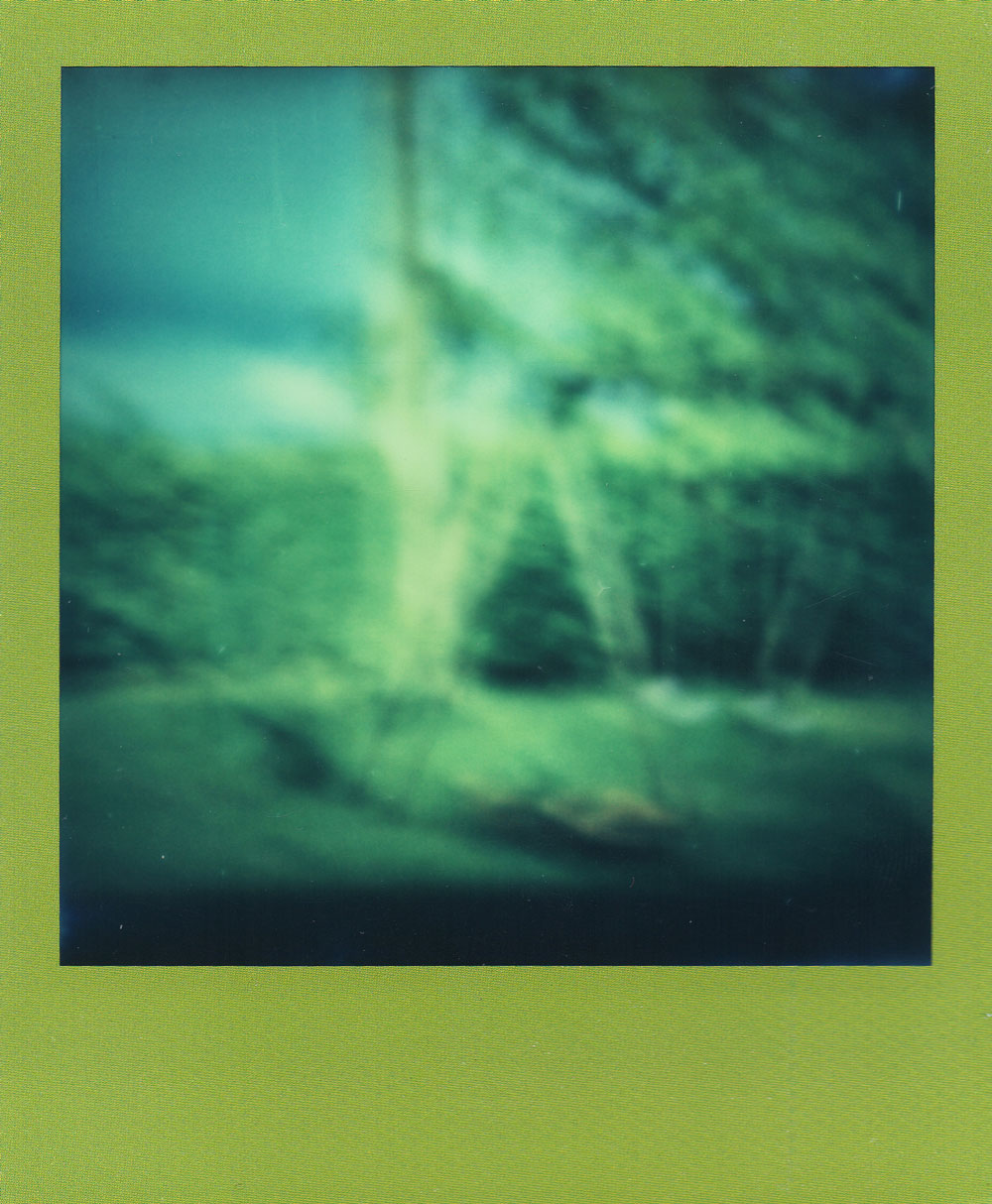 4. to 11. (8 frames in total). This series of photos has been taken on a single pack of film. I looked inside the cartridge to know what was the first colour and the second one, so I could guess the order of the complete rainbow. Hopefully, the frames were in the good order! Thank you, Impossible. Then, I decided to shoot scenes to match the colour of each frame. Nothing is edited and/or enhanced. Everything has been taken with the Polaroid SLR 680 camera, I’m possible. Don’t you think that the ant is GI-ANT? 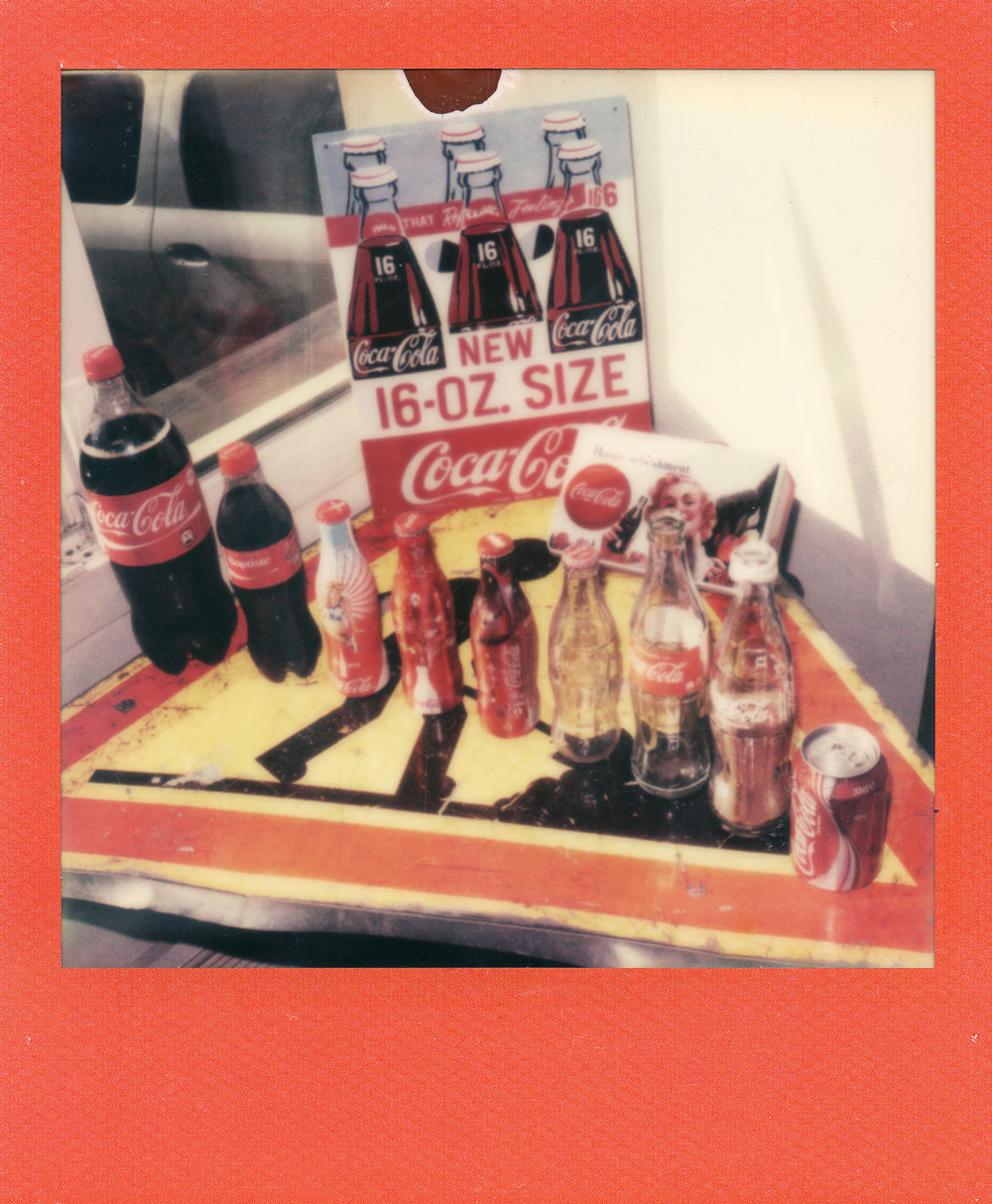 12. A part of my Coca Cola collection. The most impressive are the two on the right side of the frame, the first one is a very old can, that is unopened but empty as well, because all the content went out of the can with the time. The second one is a glass bottle coming from Maroc with arabic writings, and containing some Sahara sand. 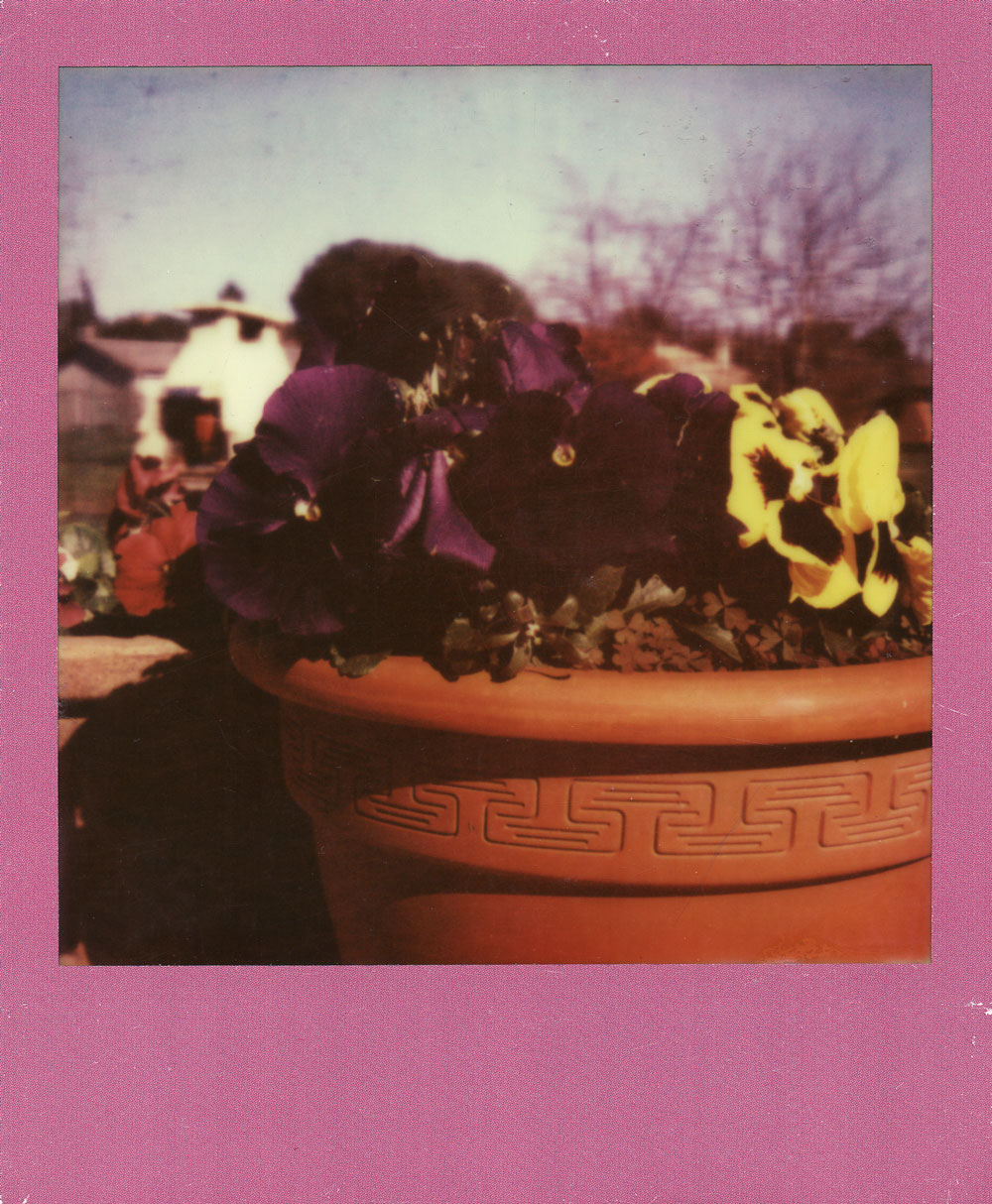 13. One again the flowers at my Grandma’s home. Pretty colourful, nice to play with Impossible’s Color film! That was also one of the first shot I noticed the bokeh that the Polaroid SLR 680 shutter slices make when the aperture is very small. You can see it better on the next frame, looking at the top of the bass guitar. 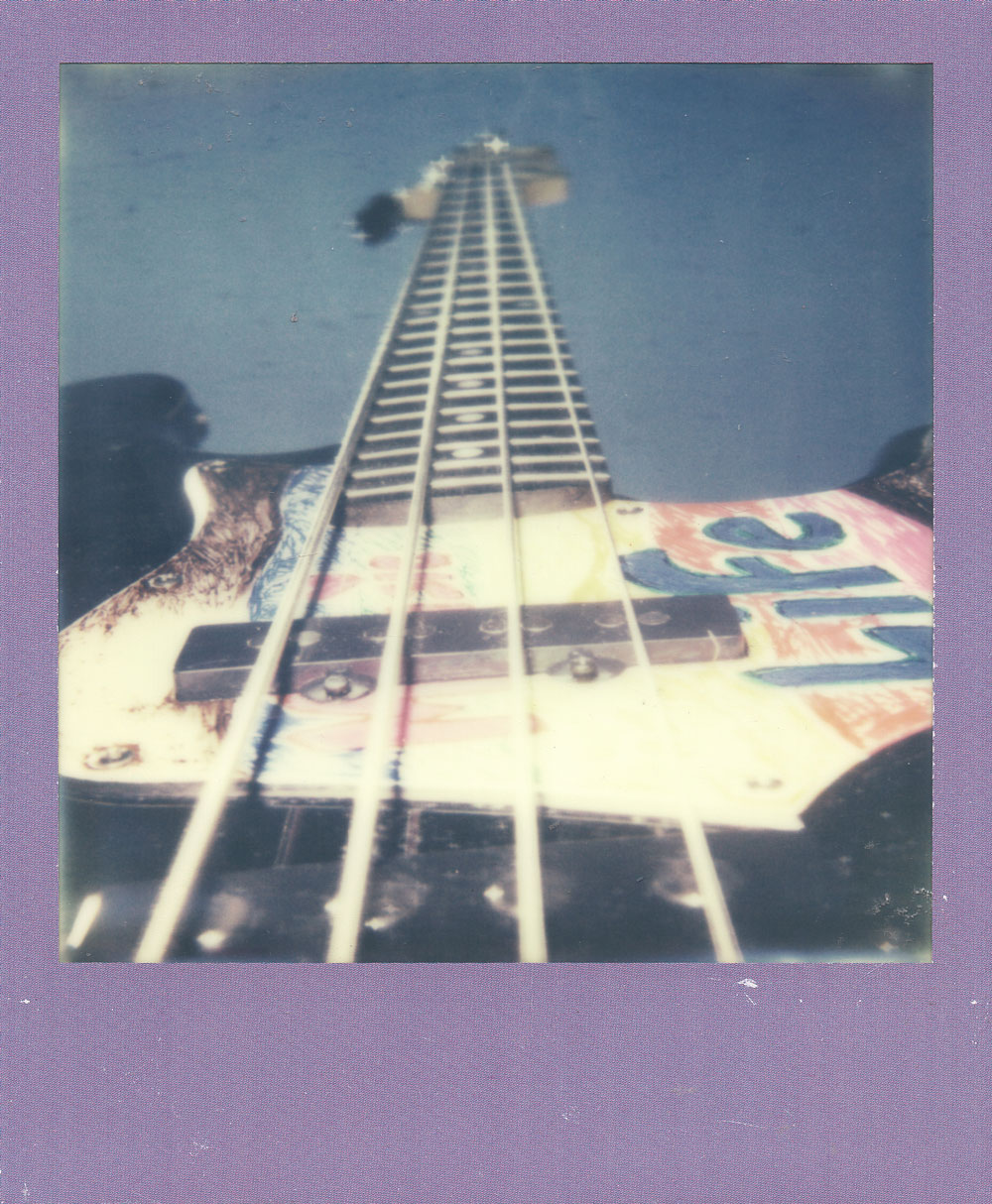 14. Stringway to Heaven. Notice the Bokeh here! And yes, my camera’s mirror is very dirty… 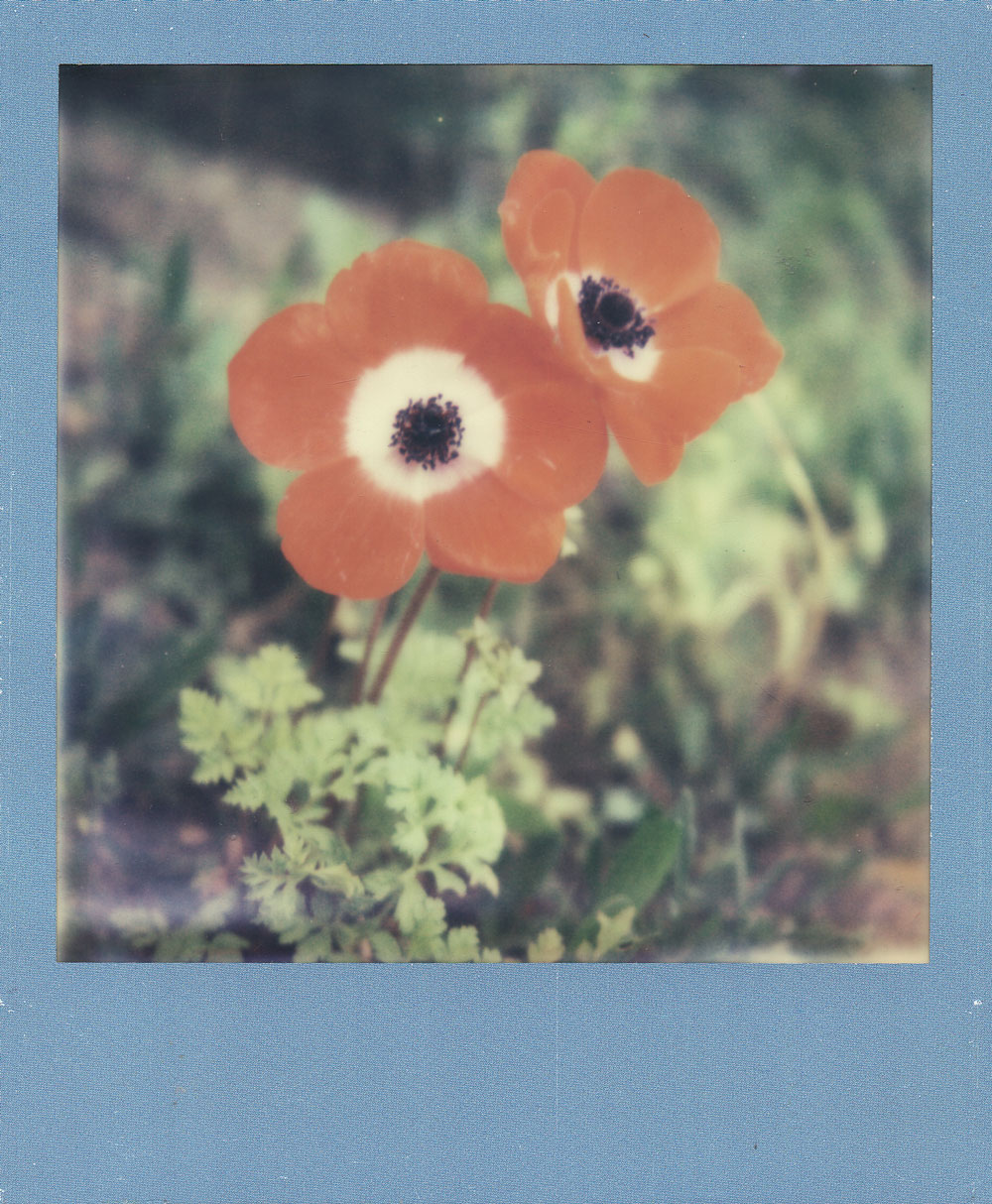 15. Some wild flowers landed in front of my Mom’s house. They were pretty “vivid red” in real life, and they look orange here. But believe me, the red was strong and powerful! Maybe the most difficult colour to obtain on Impossible’s old Color film. 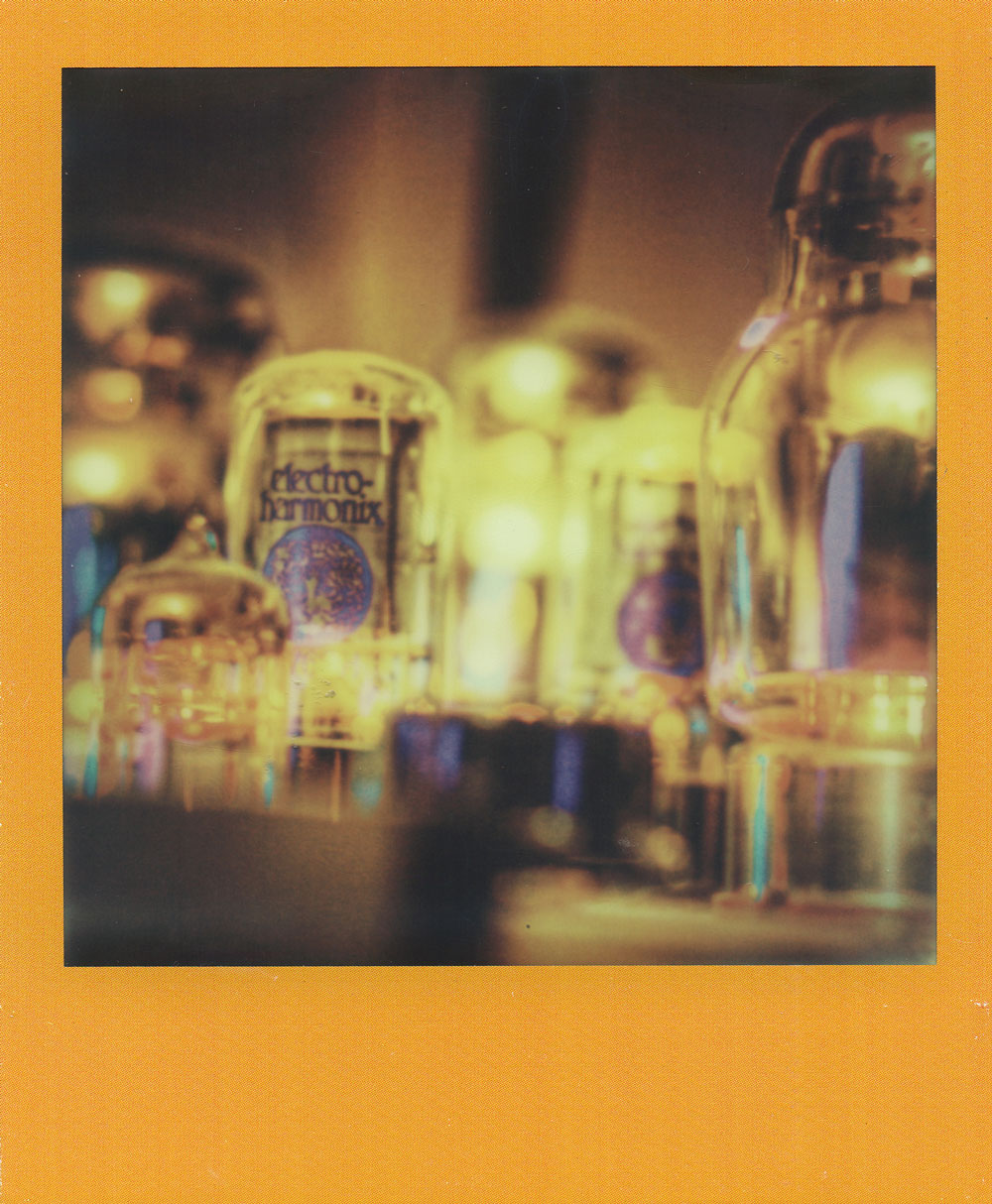 16. Tubes. I like tubes. For lighting, for television, and for music/instrument amplifiers. This is pure analogue technology. Irremplacable to me. Everything gets clear, deep, profound and natural with tubes. Ah… and now we are the digital era. Please don’t kill everything! :)

Story of the instant film: At a time, it was my favourite instant film from The Impossible Project. The first time I shot the Color Frames edition, their chemestry was very stable, saturated, and artistic in some way. But they had to face a chemical outage… and their film became less colorful than before. I sticked on the regular white frame for a long, and even more on their black & white film that had greatly improved. But I hope to shoot this edition very soon and snap colours all over again! :)